It was the sweaty seventh mile of the day and I couldn’t have been happier to see a chair with a back and two arm rests waiting for me. I picked up my feet a little faster as I quickly approached the chair anxiously awaiting the moment of rest. With a loud thud and an exhale of relief I plopped down and began rubbing my calves wondering how long ago it had been since my last hiking adventure. Because I couldn’t remember where or when it had occurred, I concluded it was obviously a long time ago.

An elderly man slightly bent over and frail looking slowly came out of his mud hut and Alex, our guide, introduced him to us as Mike. With just about as perfect English as I’ve heard in Uganda, Mike welcomed us to his home. He sat down beside Mackenzie and I and shared that he was going to tell us a secret today. The secret that so many people around the world don’t know, but love at the very same time. We were about to learn how farmers help people all around the world wake up.

I like so many people in this world, love a good cup of coffee and was thrilled that this man, who seemed to have the “secret” was going to share it with us muzungus (white people)!

His hand slid toward, what I later found out were, coffee beans off the table into his opposite palm. He said follow me to begin the journey! We followed Mike to the garden where he dug a shallow hole and asked us to scatter our beans throughout the hole. After covering the hole with dirt he explained that in three months the seeds will produce two little leaves and will be big enough to take out of the ground and put into the nursery. He took us to a cool covered and shaded area full of small round plastic bags holding seedlings that were about 4 inches tall. 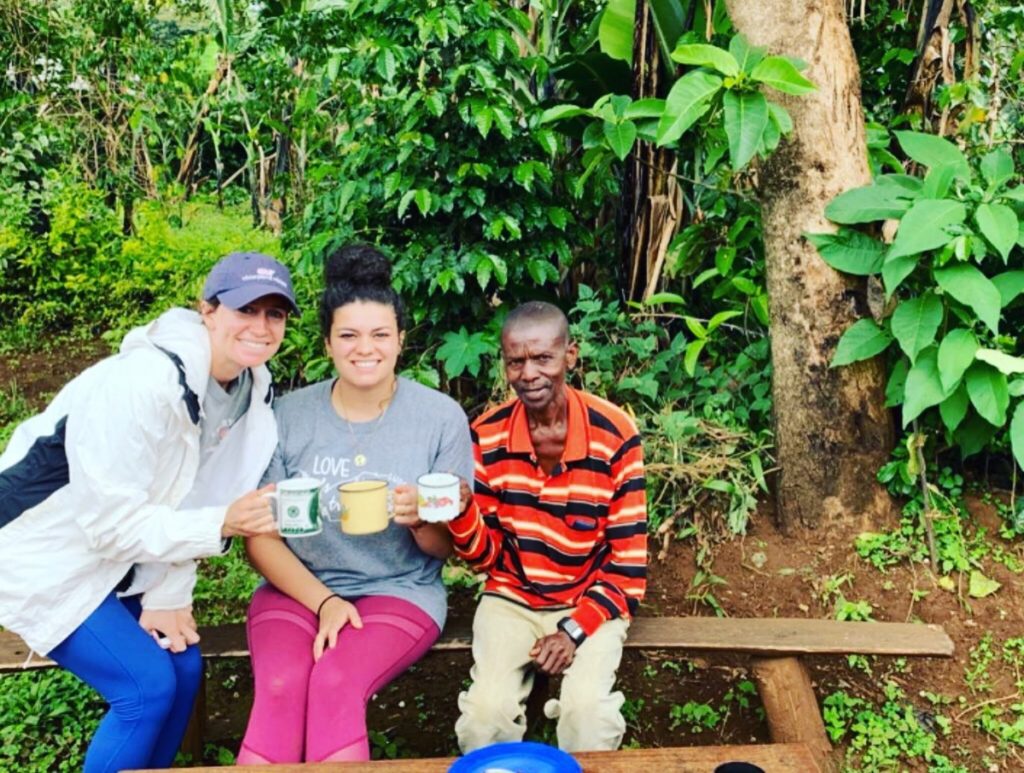 After seedlings in the plastic bags resemble little trees they are put directly into the ground and the farmer waits for three years. The fruit coffee trees produce after are called cherries and Mike knows they are ready for harvesting when they turn bright red.

Coffee must be harvested by hand because it’s delicate. Coffee cherries are attached to the tree by a small stem that resembles stems in grapes. If the harvester removes the stem from the tree, no cherries will ever produce from that stem again. Therefore, coffee harvesting requires thoughtful and careful hands to pick the best fruit!

Mike took his harvested cherries to the pulper which separates the husks from the coffee beans inside of the cherry. These coffee beans are khaki in color and resemble small peanuts!

These small peanut looking beans also have a husk which must be removed. Mike does this by placing the beans in the mortar and uses a pistil which hits the beans and removes the husks. Mike pours it all together on a plate. He so delicately tosses the contents of the plate up into air and blows the tiny pieces of the husks off of the plate onto the ground. I naively thought I could do the same. Just imagine a chicken pecking at a worm on the ground. That’s what I looked like when he handed me the plate and I tried to toss the contents of the plate into the air without dumping them all on the ground and blowing away the husks all at the same time!

The next step of getting the coffee a little closer to our cup is where the magic happens: Roasting! Coffee roasters have the unique ability to makes each cup of coffee in the world different. Mike poured our beans into a pot over an open fire and stirred constantly for about 7 minutes. In order to create Medium Roast coffee, he suggested roasting over the open fire for 7-12 minutes. The beans were completely black and resembled what I buy in the US!

This is where some coffee producer’s job is complete because some coffee connoisseurs prefer to buy the beans whole while some prefer grounds. To drink our coffee with Mike, we then poured the beans into the mortar and crushed them with the pistil to make coffee grounds. Minutes later we enjoyed a fresh cup of joe with our new friend Mike!

He explained to us that he is a member of a cooperative called Ndiyo, which means Yes in Swahili. His and other farmers from his cooperative’s coffee can be bought from Farm Mountain Coffee. Mike grows Arabica coffee, which suits his cooler mountainous Sipi Falls climate best.  This type of coffee was first discovered in Eastern Uganda and taken to Arabic nations who gave it the name Arabica. Coffee is Uganda’s leading exporter and Uganda ranks 8th worldwide for coffee production.

As I wrapped my little fingers around Mike’s mug, I drank the freshly made cup of hot coffee. I couldn’t help but take in the smell of freshly ground beans. I looked around and realized that this was one of the most amazing experiences of my life. I was in the cool and crisp mountains of Uganda learning the entire story, from seed to sipping, how the coffee reaches the cup. I was talking with a small holder farmer who works tirelessly to provide for his family and gives “coffee tours” on the side to interested tourists like myself. I realized I couldn’t get any closer to the source of how the world begins to wake up everyday with a nice cup of coffee. Mike, like many other farmers, provide people all around the world with a commodity that we drink daily without ever realizing what it takes to produce. I felt incredibly blessed to meet just one of the many men and women behind the magic and creation of coffee. The secrets that lie deep within the mountains of Sipi smell ever so sweet! 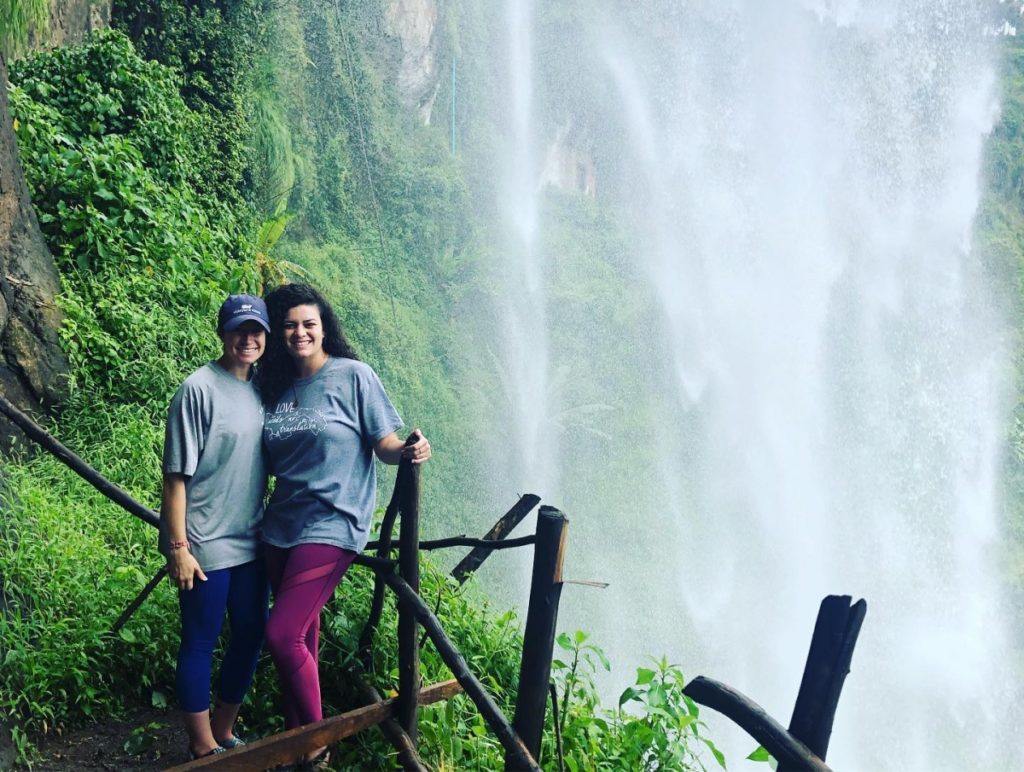 Emma and Mackenzie at Sipi Falls. 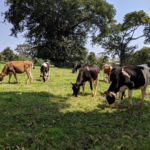 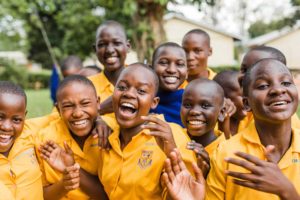 THIS is What It’s All About 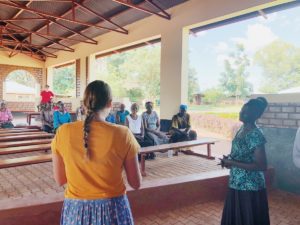 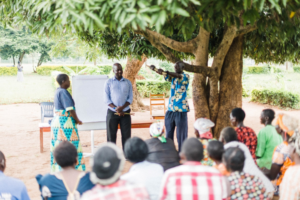 Adventures in Agriculture: Stronger (& Better) Together

Help us continue growing hope for women, teachers, students, farmers and families in Uganda and India!